Chris D’Orso is back for a special broadcast with Zachary Seidel from the NCAA Bracket-busting University of Maryland, Baltimore County (UMBC). During their historic run, UMBC’s social media content stood up to big-time brands and won the hearts of thousands of new followers. Hear how this small communications team leveraged the March Madness spotlight to boost reach. 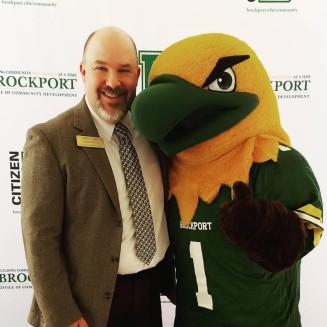 Zach Seidel directs all multimedia and social media for Athletic Communications as well as digital media for the Marketing department.

Seidel was named the Director of Multimedia Communications/Sports Marketing Digital Media in July 2014. Seidel oversees all video content for the web and social media within UMBC’s athletic department, in addition to supervising video webcasts for UMBC’s Division I athletic teams. He also works with the Marketing department on digital and new media aspects of external engagements.

Seidel joined the UMBC Athletic Communications staff as an intern in the fall of 2007 while still a senior at Pikesville High School. Once enrolled at UMBC in the fall of 2008 he began helping with the live video webcasts of volleyball, basketball, and lacrosse. The role expanded over the next two years, culminating with a position on the staff as the Coordinator of Video Production in the fall of 2010.

Discover your Element at The Web Conference at Penn State

It’s A Wrap! Takeaways From #HEWebMI

State of Alumni Engagement: Towards a Definition and Taxonomy